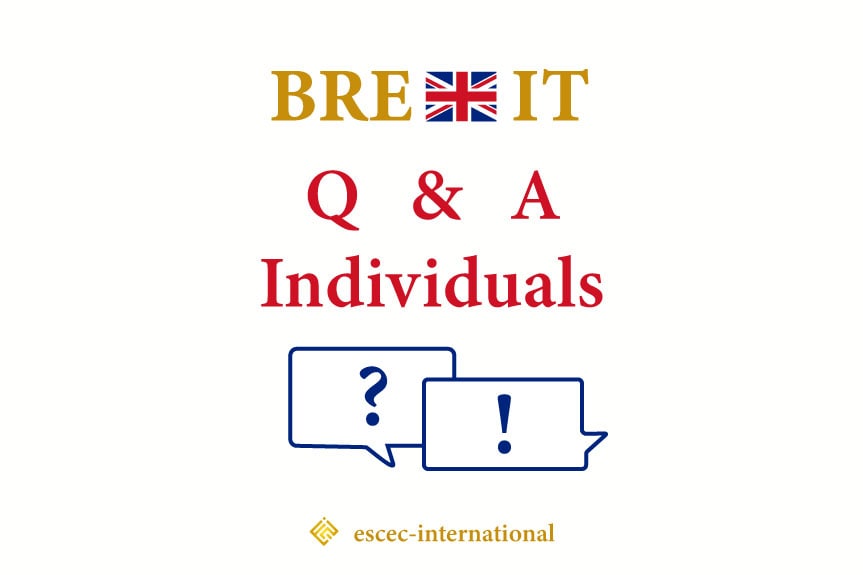 The DGFiP brings you answers on the tax consequences of the new relationship between the United Kingdom and the European Union.

1- I hold British titles in my PEA, what happens after the Brexit?

To be considered as eligible for the PEA and the PEA for small and medium enterprises (PEA-PME), the titles must be held by companies whose main office is located in a Member State of the European Union (EU) or in another State party of the European Economic Area (EEA) which has concluded a fiscal convention with France which contains a clause of administrative assistance in order to fight against tax cheating or tax evasion (4° of the I of the article L. 221-31 of the Monetary and Financial Code and 5 of Article L.221-32-2 of the same code).

This condition related to the head office of the company that emits the titles is evaluated on a permanent basis. Consequently, the titles emitted by British companies will no longer be eligible for the PEA and PEA¬PME.

Holding such titles in the PEA or in the PEA-PME would therefore represent a violation of the functioning rules of the plan, causing it to be closed in principal (article 1765 of the General Tax Code – CGI).

However, the ordinance n°2020-1595 of 16th December 2020 and its executive decree of 22nd December 2020 organize a 9-month adaptation period as from 1st January 2021 during which these titles stay eligible for the PEA and the PEA-PME in order to give the necessary time for their regularization (sale or withdrawal of these titles from the plan).

If I am a UK resident, the conditions for taxation of my PEA in the case of retirement, redemption or closure do not change. Therefore, the dividends earned on the plan are not liable to the deduction at Source stipulated in article 119 bis 2 of the CGI at the rate of 12.8%, with exception made for dividends paid by non-listed French companies.

The term “exit tax” provides the transfer of tax residence outside France leads to the immediate imposition of the income tax and the social security contributions on hidden capital gains on the company’s rights, values, titles or rights, the credits coming from an additional price clause and the surpluses in deferral of taxation (article 167 bis of the general tax code).

A deferral of payment is provided automatically, for the departures on the 1st of January 2019, when the taxpayer transfers his fiscal residence outside France to a Member State of the European Union (EU) or to another State party to the agreement on the European Economic Area (EEA) which has concluded with France an administrative assistance agreement to prevent tax fraud and tax evasion and a mutual assistance agreement for tax collection. In other cases, the deferral is given on the express request of the taxpayer and subject to the provision of guarantees.

In addition, for the departures intervening as from the 1st of January 2019, the benefit of the deferment of payment is applied automatically, without the establishment of any guaranties, for the departures to a Member State of the European Union or to any State or territory having concluded with France a convention of administrative assistance in order to prevent fraud and tax evasion as well as a convention of mutual assistance in terms of recovering.

As the UK has legal instruments for assistance in tax recovery and the prevention of tax fraud that are similar to those existing between EU member states, the British companies will be dispensed from the designation of a tax representation and the automatic deferral of payment without the provision of guarantees will be applicable.

As a reminder, the only foreign organizations that are eligible are those whose seat is located in a Member State of the European Union (EU) or in another State party to the Agreement on the European Economic Area (EEA) that has signed an administrative assistance agreement with France to combat tax fraud and evasion.

4 – What will be the tax regime of the capital gain made by an individual seller who has become a French resident upon the sale of his old main residence in the UK?

All of the capital gains realized by a French resident are taken into consideration for the tax on the income and the social deductions, whether the property sold be situated in France or in the United Kingdom. However, in the second case, according to the Franco-British tax agreement of 19th June 2008, this contributor benefits from a tax deduction that is equal to the British tax paid on the same gain and that can be claimed against the French tax due. In the case where the British source real estate capital gain would be exempt, no tax Credit would be available in France under the terms of this Franco-British tax agreement.

However, the exemption granted to the cession of a principal residence is liable to be applied when the property has constituted the principal residence occupied by the seller until it is up for sale, that it has been kept free of any occupation until the sale and that the cession happens within a normal time frame (cf. §190 of the BOI-RFPI-PVI-10-40-10 for the evaluation of this condition).

5 – What will be the situation in the United Kingdom regarding the social deductions on the income of property?

As from the 1 st of January 2021, British residents will no longer enjoy the exemption from the GSC (general social contribution) and the CRSD (contribution for the recovery of the social debt) based on the income from property, as the United Kingdom will no longer be governed by the provisions of the European regulation (EC) n° 883/2004 on the coordination of the social security systems.

As a result, the income earned of the property will be subjected to social security deductions at the global rate of 17.2%.

6 – the UK tax residents will be, like all tax residents of non-European Economic Area countries, obliged to nominate an authorised tax representative at the time of property sales made in France, in accordance with the provisions of article 244 bis A of the French General Tax Code?

However, it should be reminded that individuals whose tax residence is in the United Kingdom are exempt from naming an authorized representative when they sell a property located in France:

– benefiting on the basis of the capital gain made from a total exemption of taxation, regarding both the income tax and the social deductions, taking into consideration the period during which the property is held, under the terms of I of the article 150 VC of the CGI and of 2 of VI of the article L. 136-7 of the Social Security Code (CSS), or

7 – I bought a vehicle in the UK that I want to register in France, are there any new modalities regarding the Brexit?

With the Brexit, customs formalities will have to be fulfilled every time you trade with the UK.

Even if it is a used vehicle, you will have to complete customs formalities and settle rights and taxes on the value of the vehicle on the day of its arrival in the EU. This value can be the one indicated on the bill of sale or the one used as a basis for the transaction. If it is not a sale, the taxation will be calculated on the residual value, which is generally the one indicated in the Argus of the Automobile.

At the end of the formalities, the customs will give you a certificate 846 A for the registration of your vehicle in a normal series.

You will find useful information by consulting the customs website, via the following links :

All the steps are detailed, including those to be completed at other administrations.

Want to join the discussion?
Feel free to contribute!

This site uses cookies. By continuing to browse the site, you are agreeing to our use of cookies.

We may request cookies to be set on your device. We use cookies to let us know when you visit our websites, how you interact with us, to enrich your user experience, and to customize your relationship with our website.

Click on the different category headings to find out more. You can also change some of your preferences. Note that blocking some types of cookies may impact your experience on our websites and the services we are able to offer.

These cookies are strictly necessary to provide you with services available through our website and to use some of its features.

Because these cookies are strictly necessary to deliver the website, you cannot refuse them without impacting how our site functions. You can block or delete them by changing your browser settings and force blocking all cookies on this website.

These cookies collect information that is used either in aggregate form to help us understand how our website is being used or how effective our marketing campaigns are, or to help us customize our website and application for you in order to enhance your experience.

If you do not want that we track your visist to our site you can disable tracking in your browser here:

We also use different external services like Google Webfonts, Google Maps and external Video providers. Since these providers may collect personal data like your IP address we allow you to block them here. Please be aware that this might heavily reduce the functionality and appearance of our site. Changes will take effect once you reload the page.